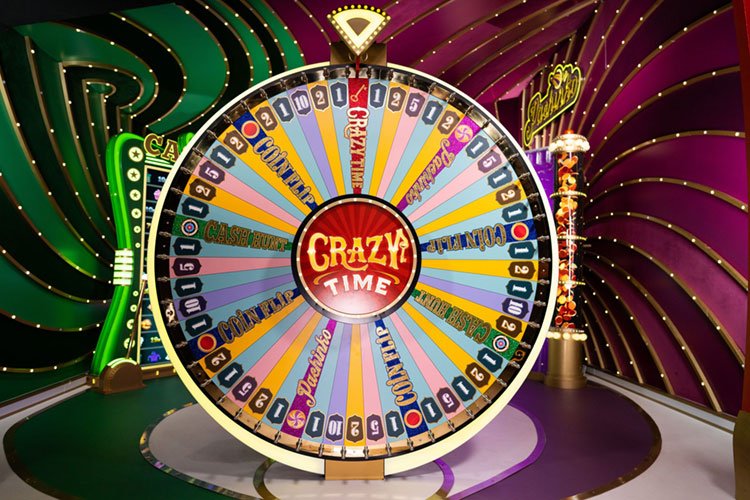 As online players are used to classic casino games and slots, the new money-wheel game brings up a new thrill.

Everything is arranged through Evolution’s platform that covers a live studio feed.

Regular casino games may be the best choice, but playing such a different game as Crazy Time Game certainly brings more excitement.

So, let’s get into the details of this new amazing Evolution game and make the choice easier for players.

Main Details of the Game

Gambling and betting sites have their way of attracting new players with unique and specific games.

However, no other provider has ever produced a fun, entertaining, and profitable game similar to Crazy Time Game.

Players have a unique opportunity to play a game with unexpected wins. Every hand brings a new prize for players, making it hard to guess the result of the spin.

In the sea of casino games that look alike, Crazy Time Game is surely refreshment.

The main focus of this game is to put on multipliers. Therefore, players will have the chance to claim the win multiplied by as much as x20.000 of the stake.

The name of the game says it all – there are some pretty Crazy wins to claim in this game.

Each player is required to choose a flapper of a specific color. Afterward, the dealer presses the button and the wheel spins for the first time.

If a flapper that player has chosen points out to a multiplier, that player alone can enter the next round and play for more multipliers.

Eventually, the Crazy Time Game leads to incredible wins with these gameplay mechanics.

As previously stated, the Crazy Time Game also comes with several bonuses besides the multipliers.

Bonus games are won if the top slot above the wheel stops at the bonus type. A multiplier will also be added to the specific bet spot this way, and only players that have bets on that exact spot can continue.

There are several bonus types to claim:

The cash hunt bonus offers immersive numbers of symbols that all hide a certain multiplier.

Players can choose one symbol, and the multiplier will then be revealed.

Coin flip bonus is a little different though but also results in a potentially massive multiplier.  A multiplier will be added to both coin sides, and the player gets the prize facing up when the coin lands.

Finally, the Pachinko bonus features a wall of multipliers that the dealer hits with a puck.

The one that is hit will be calculated as a multiplier, but there are also double chances that enable players to spin again.

Evolution is an innovator in the field of casino games as much as Red Tiger and Scientific Games are in slots.

That being said, a true online player should at least try their new Crazy Time Game.