September 19, 2019 Posted in News, Software by Lukas Mollberg • No Comments

From the most creative, high-quality content, to the best, most innovative technology, this leading gaming company isn’t called Scientific Games for nothing. That’s right, this global gaming and lottery platform is one the world’s leading industries in modern gambling–as it’s not only a platform in which one can find the best gambling experiences on, but a gambling platform one can be empowered on. Scientific Games puts the creativity, productivity and science in traditional gaming and lottery, but in a whole new way. This interactive and versatile gaming platform lets you play whenever and practically wherever you want to play, and from any channel you choose, whether it be casino, retail or digital. Plus, since Scientific Games can be accessed from almost anywhere, even you devoted gamblers in New Zealand can enjoy the scientific wonder of this modern gambling experience.

Officially launched in 1974, Scientific Games wasn’t operating on the most innovative and impressive scale as it is today, but everyone’s got to start some where, right? But, regardless of the smaller size and bigger limitations this now leading gambling industry faced forty-something years ago, they still managed to lead to some degree–becoming the first secure lottery game, and offering the very first instant lottery ticket to the world. And, now, considering Scientific Games operates in over forty different countries, and has expanded its market far beyond your average lottery outlet–in addition to a lot of their games now extending to a whole online platform–you could say SG grew a little. Scientific Games purchased Barcrest from IGT in 2010, growing its massive collection of acquisitions even further, and by 2012, SG was pumping out $260 billion in annual revenue. However, their success story doesn’t end there, because in 2013, this ever-expanding gambling industry bought out WMS— which was one of the biggest slot distributors in the world at that time–and by 2014, SG even owned Bally Technologies, among other major subsidiaries. So, you could say between the span of these few years, Scientific Games was undergoing a huge growth spurt, and well on its way to becoming top in the game.

Essentially, Scientific Games is a huge multi-billion dollar gambling software industry floating within an even bigger one, the iGaming casino industry–a big fish in an even bigger pond so to speak. And, at this rate, it appears Scientific Games is here to stay. In fact, SG isn’t only a solid and deeply embedded casino platform in the industry, but a growing one also. This ever-expanding casino corporation not only plants its roots as a trustworthy gaming provider in North America, but it further extends to Europe, Asia, South America and now even on to Canada and New Zealand. Because, as the one of the top leading providers in high-quality, innovative casino games, Scientific Games understands its mission to be the most accessible, as well. Obviously, you can see Scientific Games has quite an impressive background, now lets move on to the fun part of the review–SG’s amazing and unique array of casino games.

Now that you have a better idea as to just how massive this gaming industry spreading over six continents is, and just how many huge assets they’ve gained over the years; it should come as no surprise that you’ve most definitely played their games a time or two already. Because, these innovative, unique, creative, high-quality and legendary games is what it all boils down to, and why Scientific Games got to where they are today. What once started out as a simple lottery outlet, this gigantic gambling industry now operates under four major platforms: Gaming, Digital, Social and of course, Lottery.

Although Scientific Games has succeeded as one of the leading land-based casino industries for many years, their online platform continues to grow and evolve by the day. SG has a vast plethora of online games as is, from online slots, live casino games, and so much more. However, Scientific Games and its seemingly endless selection of everyone’s favorite casino games couldn’t have evolved or transcended this far without its various contributors bought by SG, like the aforementioned Barcrest, WMS Games and Bally Tech. For instance, Bally Tech had already been pumping out some of the best land-based slots in the business before SG rose to the spotlight. They were well known for their progressive land-based slot machines, and now they are contributing to the expansion and improvement of online slots at SG. One of Bally Tech’s most famous slots in ‘Pawn Stars,’ a timeless classic among slots, as it first made its debut as an actual slot machine, but it’s one that is still thriving in the online world today. Despite having a list of popular traditional slots Bally Tech provided, they introduced more contemporary slots made specifically online, as well, which seemed to take off just as much. 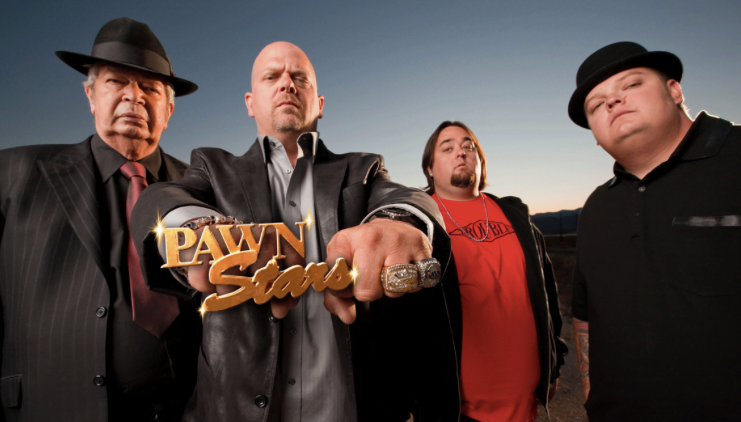 However, there’s an impressive variety of unique, high-quality online slots Scientific Games provides thanks to all its contributors–from the Seinfeld Slot, which, you guessed it, is based off of the hit 90’s sitcom, to an Anchorman themed slot featuring ‘Rob Burgandy,’ and to many more. Other online gaming options SG dishes out include, online roulette, blackjack, keno, bingo, video poker, live casino portals, etc. Finally, as far as playing Scientific Games on the go is concerned, well never fear, because, you can play it instantly on any mobile device.

Now you know what makes Scientific Games so great–it’s one of the most innovative, quality-driven and successful gaming software providers around. So, next time you play your favorite online casino game, just remember that it probably came from Scientific Games.