Casino Bonus » News » The Secret Behind the Poker Face

The Secret Behind the Poker Face

Both casino players and non-players like to use it daily.

So, all of us have either heard it before or said it ourselves.

But what does it mean to have a poker face?

Generally speaking, the term stands for a person that is not showing emotions.

So, a person with a poker face has an unrevealing or discrete expression.

Still, a lot of experts have discussed the meaning of the term.

It is questionable whether poker face refers to hiding and covering the truth, or even lying. 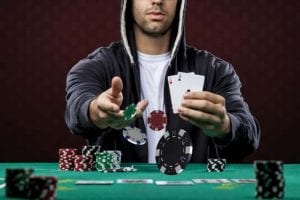 To clear this dilemma, we will take a look at the history of this phrase.

The History of the Term ‘Poker Face’

Henry Jones, under the pseudonym “Cavendish”, provided numerous poker tips in his book 1875 book ‘Round Games at Cards’.

Among other tricks, he mentioned the advantage of having a poker face.

He explained that a gambler willing to play a good hand will never give anything away to his opponents.

So, a player may lose the value of his hand by giving out any information of this kind.

The Figurative Meaning of ‘Poker Face’

Shortly after the release of Jones’ book, the term spread to everyday conversations and use.

Her style of playing was emotionless and cool. She continuously won tournaments and managed to ignore both the crowd and her opponents.

This caused the famous sportswriter Rice to appoint her with the “Little Miss Poker Face” nickname.

Being unreadable is beneficial in various fields.

Across the years, there are countless examples of poker faces in politics, business, and sports.

An Example of a Solid ‘Poker Face’

In 2008, Dan Harrington and Bill Robertie released the Volume II of Harrington on Cash Games.

More specifically, they provided an extreme example of a solid ‘poker face’. 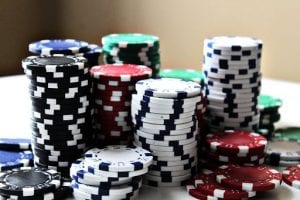 They discussed what gives the players away and how to avoid these tells.

In their discussion, they have introduced a Finnish pro’s approach known as “The Patrik Antonius Way”.

Using this approach a player should make a bet and remain fixed and silent.

A good comparison is to remain as stiff as a board, staring at one particular point in space.

This position should be maintained until the opponent makes his move. Only then, the player may return to ‘the living’.

To sum up, a poker face is an entirely neutral, non-communicating expression.

Mastering the poker face is not only an advantage but a necessity in professional gambling.

If you want to improve your poker skills, you should work on your appearance, motions, and overall body language.

You should focus on every possible detail, even on your eyesight or breathing.

Remember that, like any other skill, mastering your poker face will take quite some time and patience.

Be consistent in your intentions and you will be able to develop a competitive advantage over your opponents.