TV Shows Based on Gambling

Casino are an activity that can’t be combined with everything.

It’s a complex activity for only the best and that’s why it almost doesn’t pair with anything.

It’s really good on its own.

But, have you ever wondered about a casino and television combination?

Well, it’s fascinating enough because it actually does go together, and it’s awesome.

So, what exactly will I be talking about in this article?

The mix of Hollywood and gambling, that’s what.

Here are the most famous TV shows you can find that actually promote casinos as a fun activity and are very popular.

The name itself says it all.

Las Vegas is an American TV show that has originally aired in 2003 and is based in the fictional Montecito Resort and Casino.

The story velvets around Ed Deline and his team of CIA professionals who keep an eye on this casino resort.

There is drama, romance, casino play, and drugs, and Gary Scott Thompson, the director,  had an amazing idea to combine daily life with this fun hobby.

But remember, the motto is ‘Whatever happens in Vegas, stays in Vegas’.

Even though this one is centered in Las Vegas as well, it’s actually a mini-series with only 9 episodes.

But believe me, those 9 episodes will blow your mind.

Focusing around the WCOP (World Championship of Poker), this short but mighty serial is mainly focused on a group of poker players who are head to head with the biggest champion and cheater, Don “The Matador” Everest.

They try to show the truth to everyone and stop his cheating.

They always fight for a fair and square game, and that’s what I like the most about this TV show; the fact that it promotes the fair game. 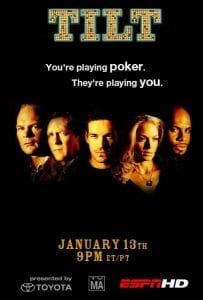 This TV show is actually more of a documentary, and it actually represents real-life events that are being investigated.

It shows all kinds of events happening in Las Vegas, judged through the eyes of the staff at Binions Casino.

All the tactics, cheats and affairs between the casino players are represented in a series of episodes, showing what the real-life actually is.

Even though gambling isn’t quite the centerpiece of this TV show, it actually is frequently shown through the whole series.

Based in the 1800s in South Dakota, Deadwood is a dark TV show filled with lots of nudity, crime, and ugly language.

It contains even corruption that’s as deep as the ocean and it will for sure leave you on your toes. 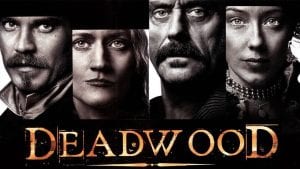 Even though many people think that the casinos are only an addictive hobby that has no way out, it’s actually much more than that.

To be able to master the casino skills is more of an art and it takes a long time before you can call yourself ‘a true gambler’!

The Most Common Casino Dress Code

Animals That Are Considered Lucky Around the World