Casino Bonus » News » Which Card Counters Are the Most Famous?

Which Card Counters Are the Most Famous?

There are a lot of movies presenting great mathematicians, analysts, or masterminds who managed to win millions by counting cards.

The reality is that these movies are based on true casino stories.

More exactly, there are a lot of people who managed to perform a big scale defrauding with the use of their minds.

By counting the cards that are dealt, card counters can predict the following dealings.

This act is mostly used in blackjack.

The Blackjack Hall of Fame was established by the Barona Casino in 2002.

Their goal was to honor the blackjack legends or brightest skilled professionals.

So, they offered them a lifetime of comps in an exchange for their agreement not to play in their casino.

In the beginning, there were only 7 members in this club.

Nowadays, the total is 24 blackjack professionals.

Following, you can find the stories of the original members, which are still considered as the most memorable card counters.

Thorp was born in 1932 in Chicago, a time where the internet and information weren’t so readily available.

He was a brilliant mind, a mathematician who applied the probability theory into blackjack.

After developing his methodology, he released the book ‘Beat the Dealer’ in 1962.

As the first person who beat the card game, Edward is known as ‘The Father of Card Counting’. 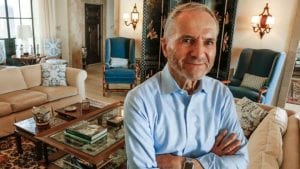 Hyland began playing poker in the 70s and enter the world of card counting.

After reading the book ‘Playing Blackjack as a Business by Lawrence Revere’.

Together with his roommate, he started a team of loyal and dedicated card counters.

He recognized the earning potential of this methodology, so he managed the longest-standing card counting club.

According to an interview he gave the public, approximately 200 people took part in his team.

Even though Hyland managed the most durable card counting club, the initial idea was developed by Al Francesco.

He won thousands of dollars in two years, after which he was banned from casinos.

During his break, he recruited a team of 21 blackjack card counters.

They were extremely successful and organized, up until the club was exposed in the book ‘The Big Player’ in 1977.

Also known as The Master of Blackjack, Uston was one of the card counters with the highest IQ.

He was part of Al Francesco’s club until he wrote the book exposing all his teammates and the leader himself.

He is known for winning the first lawsuit against a casino in the history of gambling.

Uston or ‘The Celebrity’ was part of numerous conspiracy theories.

Griffin aka ‘The Observer’ was a mathematics professor with incredible blackjack and card counting skills.

What’s unique about Griffin is that he never used his mastermind to earn money.

He used statistical analysis to determine that blackjack players face a 2% disadvantage against casinos.

Additionally, he wrote the book ‘The Theory of Blackjack’ which was used by many further generations in the field.

John Ferguson used the pseudonym Stanford Wong to publish his knowledge for the gambling world.

He published the book ‘Professional Blackjack’ in 1975 but didn’t want to hurt his teaching career.

Even though he lived a dual life, he wrote more than 20 gambling-related books.

He is still publishing about blackjack strategies and methodologies on his website. 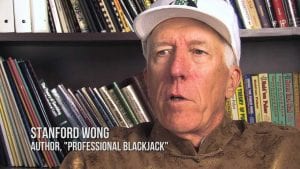 Last but not least, Snyder was the pivotal link between Tommy Hyland, Peter Griffin, Al Francesco, and Stanford Wong.

He was involved in all their endeavors and helped them in their gambling activities.

Snyder played the most important role in the lawsuit against Hayland’s blackjack team.

After long explanations, all members were freed from charges and prison time.

All things considered, the above-mentioned people were masterminds of their time.

All of them had high education and superior skill.

They did not consider their activities as illegal but as an ability to crack the card game.