The Mobsters of Las Vegas

When you think of Las Vegas, you instantly think of casinos.

And there is a reason behind it!

For years, gambling has been the main income source for the city.

Additionally, Las Vegas has always been related to fame, adrenaline, and money.

That’s why a big portion of organized crime took place in this metropolis.

The US is mainly known as a democracy, a place to live out your dream and grow.

However, several years ago there was a power battle between different mafia groups.

The mobsters fought to win over territories for their criminal deeds, with Las Vegas being the greatest opportunity for money laundering.

The Most Famous Mobsters in Las Vegas

A lot of gangsters took felonious activities in the city of Vegas.

In continuance, you can learn about the most impressive stories of famous mafia members.

Roselli was an Italian mobster who moved to the USA in the 1920s.

He was collecting a percentage of the casinos' profits, making him a representative for the Chicago and Los Angeles mobsters in Las Vegas.

What is interesting for Roselli is his involvement in the movie business.

As a producer, he financed the first mobster movies.

He was also a part of the Friar’s Club where he participated in a card-cheating scheme. 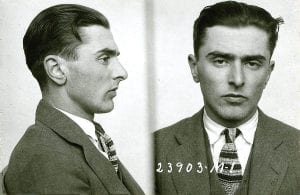 Born in Chicago, Accardo began his criminal activities from a young age.

As a leader of a criminal gang, he was mainly involved with slots and gambling.

Additionally, he ensured that Las Vegas casinos used only his services and products.

Tony Cornero aka ‘The Hat’

At the beginning of his career or the prohibited period, Tony Cornero was smuggling alcoholic beverages into California.

He started with Canadian whiskey and covered his illegal activities with his shrimping business.

After a while, he opened The Green Meadows, one of the first roadside casinos in Las Vegas, with his brother.

The casino was a great success up until a New York gangster forcefully requested part of the profits.

Tony refused the offer, which led to the termination of the casino.

However, Cornero didn’t end his career. He is most famous for operating the gambling ships in California bay.

The incredible part is that casinos were prohibited at the time.

Yet, the limitations applied only several miles from the shore.

After a while, the authorities dealt with the situation and ended the gambling ships. 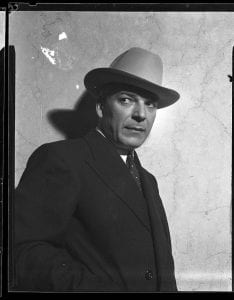 Similar to ‘The Hat’, Dalitz also began by trafficking alcohol during the prohibition period.

To cover his business he used his family’s laundry company.

He made his impact with the transformation of the famous ‘’Desert Inn’’ hotel into a casino.

Moe Dalitz also partnered up with Cornero to build the ‘’Stardust Resort and Casino’’.

Apart from casinos, Dalitz was also a real estate company owner, he built a hospital, a country club, and a mall. 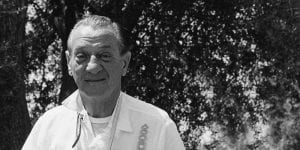 Sedway is famous for the financing of the ‘’Flamingo’’ hotel.

This Polish gangster is also known for controlling the Trans-American wire service while working for Meyer Lansky.

All in all, each mafia member has a unique story and is an inspiration for numerous Hollywood movies and books.

They all made a remarkable impact on American history.

Thus, even if it’s for illegal activities, they will always be remembered for what they did.