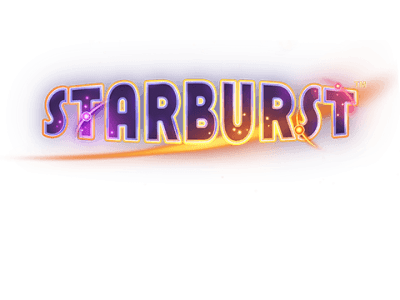 Starburst Slot, by Net Entertainment, has an incredibly exciting and colourful interface that was released in 2012. This long-running favourite is has a simple concept with little favours added for more fun. Although the game doesn’t boast a huge bonus round or a unique story theme, it is still considered one of the more popular slot games consistently throughout the years. Some of the online casino sites and apps offer large amounts of free spins on the game for new users. Why do players like Starburst Slot so much?

Starburst Slot is, by far, one of the Net Entertainments most popular online casino games. Although simplistic in its design and concept, this game allows you to experience mysterious places visually with colourful and mesmerising jewels, gems, and stars.

It has an opening single screen tutorial that is not very descriptive, and if you didn’t already know how easy the game is, you might conclude some level of difficulty because of its stunning visuals. Starburst Slots game play is easy, quick, and uncomplicated in that there is no line features other than the main game. This makes it accessible to any slot players.

Starburst Slot's visual graphics are bright, punchy and colourful. The slot game’s graphic design and the user interface are at a level that fascinates with its colourful themes. This is also a reason that the game itself is loads of fun to play. There are typical ‘Bar’ symbols along with the gems. However, this game uses advanced video graphics along with magnificent backgrounds and mystical music and sound effects.

Although the slots have only ten lines, users can win in both directions. Gamers can win from left to right successions and also right to left successions, which is not common in slot games. This feature makes for some pleasant surprises, although there isn’t an actual extra special round within the game.

There is a feature call Starburst Wild which is a free spin that has a maximum of three free spins and no guarantee that you'll win any extra points. This option is a single multi-coloured star symbol that bursts and turns the whole reel wild. The ‘wild’ reel will remain activated and in place for a subsequent free spin and then disappears afterwards. If you are on that same single free spin and another star symbol drops on one of the other four reels, then the cycle continues, and all wild reels stay in place for up to a maximum of 3 wild reels. The Starburst Wild level only appears on reels two through four. Starburst Wilds also includes a free bonus re-spin along with the maximum number of re-spins that you are allowed in a single turn, which is 5.

This game has flexible betting options that allow you to change your coin sizes. You can change your pay lines from one to ten and put up to ten coins on each of those pay lines. There is an auto spin option to control up to 1,000 spins and also a max bet option that allows you to select your predetermined maximum bet amount with one click. The other important feature of Starburst Slot is aforementioned the Both Way Win option. With this feature, you can win from left to right and from right to left on any of the active pay lines. This feature is very favourable and different from almost every other online slot game, where you can only create winning pay line combinations on your slots from left to right. Starburst Slot has over 96% RTP and is ranked one of the best online slots games within the industry as a whole. This game comes with the normal free spins but doesn’t boast a lot of bells and whistles. It is a classic that has a cult following. Starburst Slot is not a game that is packed with special features, but stellar graphics and intriguing sound effects may have contributed to the long-running stint as an online casino favourite.